Lost in a Landscape – Sutherland 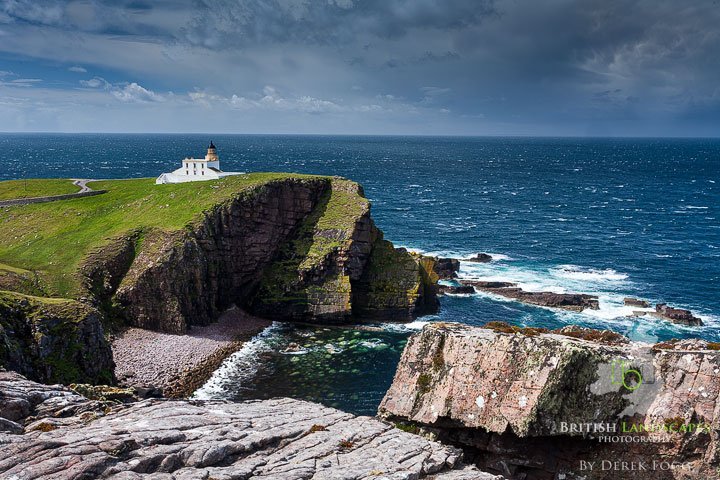 Whilst we have all been affected, some more than others, by the coronavirus pandemic fortunately in my case the worst that has happened is that any plans for photo road trips for the foreseeable future have had to be postponed.

So instead of getting lost in the landscape the time in lockdown has given me the opportunity to look back through my archives and see what images were worthy of a second look to see if they should be processed.

If you have been following my work you will know by now that one of my favourite areas of the British Isles is Scotland so where better to start then from my trips to the far North.

You can’t go much further North than Sutherland and just like when I am on a road trip there it again delivered so here’s just a few of the new images that I have found.

For now, I have decided to include just three images from the Assynt area of Sutherland all of which are located relatively close together.

For some time there has been an image in my portfolio of the rather unusual rock formation named Split Rock at Clachtoll Bay but I managed to find one that I feel is a better and more interesting image which as well as including Split Rock in the background includes the old salmon bothy and the poles that were used to hang the nets on to dry.

The bothy was part of the Clachtoll Salmon Station and was used by salmon fishermen during the 19th and 20th centuries but closed in 1994. It has been preserved by the Assynt Historical Society and is now a small museum with displays showing how the salmon station was used

Further up the coast is Stoer and here to I have had an image of the Old Man of Stoer, a 197-foot high sea stack in my portfolio for some time. I remember this day so well because typical of the west coast the weather was changing rapidly.

To get to the Old Man of Stoer you have to walk along the coastline from Stoer Head and whilst you can see from the new image below the weather was set fair by the time I got to The Old Man of Stoer I had to wait for a storm to pass through whilst trying to shelter under a large overhanging rock. The storm which was heading my way can just be seen in the upper right background of the new image.

Located on Stoer Head, north of Lochinver, Stoer Lighthouse is in a truly remote location. It’s nestled in one of the furthest most peninsulas of Assynt, with the nearest neighbour in a small scattering of crofts over a mile away.

Dating back to the 1870s and automated in 1978, the lighthouse – which is currently used as a self-catering holiday rental – was designed by the father of novelist and poet, Robert Louis Stevenson.

The location is truly breathtaking and is one of Scotland’s best places to spot whales, dolphins and porpoise. Weather permitting, basking sharks can be seen during the warmer summer months.

The final image is inland and is of Ardveck Castle. The castle is located in a stunning location, on a rocky piece of land that juts out into Loch Assynt. Legend has it that a mermaid inhabits the loch and her tears are said to be the cause of the occasional rise in water levels.

The ruins of the 15th-century castle are said to be haunted by two ghosts, a tall man dressed in grey and a young girl, both linked to the infamous Clan Macleod, the original ruling family of the castle.

I hope you have enjoyed these images from the past as much as I have since I discovered them. You can see the other images from the north of Scotland in the Sutherland and Caithness gallery.

Next time I will share with you more newly discovered images from the North coast of Sutherland.