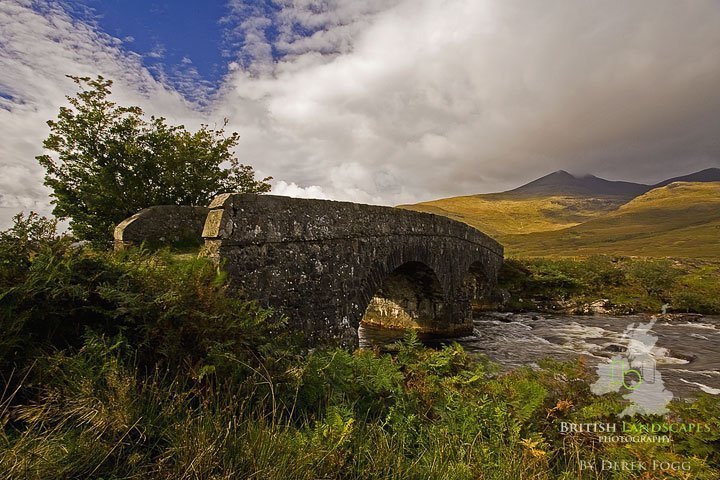 Over the years I have written posts featuring “Britain’s Beautiful …….” including Castles and Lochs, Lakes and Llyn’s all featuring locations that I have visited on my travels around the British Isles but despite seeing many beautiful bridges I have not until now written about them. In 2015 the Royal Mail recognised their importance by issuing a collection of ten first-class stamps and a special postmark to tell the story of “Britain’s engineering genius”

The bridges that I am including are either natural, modern or old and one each from the five countries that make up the British Isles. They were not included in the Royal Mail Collection but some still show that “engineering genius”. Although they are not iconic locations they are still just as beautiful if not more so.

First up is in the UNESCO World Heritage Site of the Lake District National Park at Ashness Bridge. It is a traditional stone-built bridge on the single-track road from the Borrowdale road to Watendlath. It or its predecessor may have been a packhorse bridge conveying packhorse traffic from Watendlath to Keswick.

Despite being one of the most photographed viewpoints in the Lake District, the view from Ashness Bridge, across Derwent Water to Keswick and Skiddaw is well worth seeing.

Next on the Pembrokeshire Coast, another National Park is a natural bridge – The Green Bridge of Wales.

How about we next feature the island of Ireland starting in Northern Ireland on the Antrim Causeway Coast at Ballycastle Strand.

Pan’s Rock footbridge crosses Ballycastle promenade to lead visitors from the east end of the beach to the famous Pan’s Rock, a site left from a salt-iron rock. The beach itself traditionally attracts watersports fanatics and looks out onto beautiful views of Fairhead and the Causeway cliffs in the distance.

Now another natural bridge or at least part of what was one. The Bridges of Ross were a trio of spectacular natural sea arches – at least until two of them fell into the sea. Today, even though only one ‘bridge’ remains, the name persists in the plural. The Bridges of Ross lies on the western side of the natural harbour that is Ross Bay, looking north to the Atlantic Ocean, near the village of Kilbaha in County Clare.

Last but not least we are in Scotland on the magical Isle of Mull. The Old Kinloch Bridge over the Coladoir River points you towards Ben More, the highest point on the island and the only Hebridean Munro outside of the Isle of Skye and is therefore held in high regard on the island. Its huge bulk dominates the southern half of the Isle of Mull and is clearly seen when passing through Glen More on the road from Craignure in the east to Iona in the west. It’s even been granted Listed Buildings protection.

Hope you have enjoyed taking a look at these bridges that I have come a cross on my photographic journey even if some were not what you were expecting when you first saw the title.

I hope you can join me again for the next in the “Beautiful Britain’s …..” series