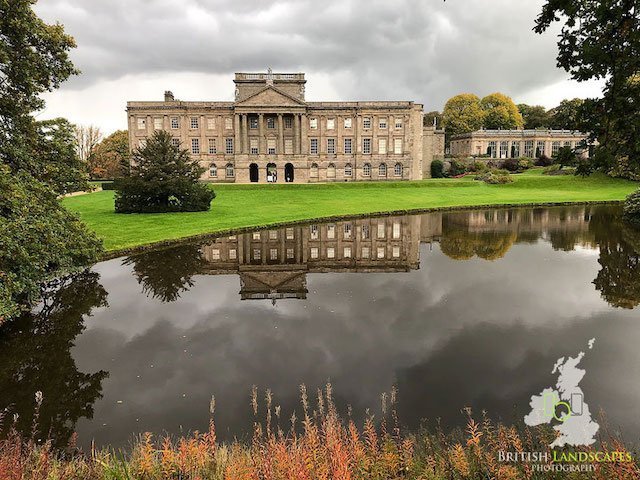 This year the National Trust celebrates 125 years since it was founded. As Europe’s largest conservation charity with almost 6 million members including myself, they look after nature, beauty and history for the nation to enjoy.  They care for the miles of coastline, woodlands, countryside and the hundreds of historic buildings, gardens and precious collections that they protect.

stretching across the nation, from Lizard Point in Cornwall, to Lindisfarne in Northumberland and Florence Court in Northern Ireland.

Throughout my photographic journey “celebrating the landscapes of the British Isles,” I have been privileged to visit and enjoy many of the places that are looked after and protected by the Trust including on my trip to Northern Ireland last summer when I visited the Mournes, Murlough National Nature Reserve, the Giant’s Causeway and Carrick-a-Rede.

As a landscape photographer, most of my time tends to be spent exploring the land and coastline although I do find time to occasionally visit my local Trust property at Lyme Park. It is a large estate located south of Disley, Cheshire and consists of a mansion house surrounded by formal gardens, in a deer park in the Peak District National Park.

My trips have included visits to many Trust locations all over England, Northern Ireland and Wales and so here’s a small number of my favourite images from those locations. The first is the view from Carnewas. This spectacular stretch of the north Cornwall coast offers views of the dramatic cliffs overlooking Bedruthan Steps. The cliffs at Bedruthan have been systematically eroded over the years, leaving a series of impressive volcanic rock stacks. These pillars of detached cliff rise majestically from Bedruthan Beach, forming a series of columns that stretch across the bay from Pendarves Island to Diggory’s Island.

A complete contrast for the next location. This is White Edge which lies at the western side of Big Moor in the Peak District National Park and was captured on the Trust’s Red Deer and Edges Walk. You can follow me on the walk and see more images of the iconic Dark Peak landscape.

On the south coast, another of my favourite images was from Compton Bay and Downs which I visited on my 2013 photo trip to the Isle of Wight. Compton Bay is located on the southwest section of the island. The northern edge of the bay is defined by a distinctive white chalk cliff called Freshwater Cliff, named after Freshwater Bay which is located next to them and forms a small but piercing bay into them. The eastern edge of the bay is formed from soft red and orange cretaceous rocks that are rapidly eroding.

Although I could share many more images from other Trust locations in England including parts of the Norfolk Coast and North Devon which you can see in my England Galleries I have to include some from Wales. The first of these being Freshwater West in the Pembrokeshire Coast National Park. Freshwater West is a beach and is noted for its strong waves and currents and is one of Wales’ top surfing locations, and regularly hosts surfing tournaments such as the Welsh National Surfing Championships. The rocky outcrop at the southern part of the bay is known as Little Furznip, which contains a seaweed-drying hut on the clifftop.

Next is Snowdonia and a view from high up above Capel Curig looking down the valley towards Tryfan and the Ogwen Valley. Tryfan forms part of the Glyderau group, and is one of the most famous and recognisable peaks in Britain, having a classic pointed shape with rugged crags. At just over 3000 feet above sea level, it is the fifteenth-highest mountain in Wales.

My final Wales location is Mwnt, a beautiful hidden cove with a sandy beach on the Ceredigion coast. It has sweeping views across Cardigan Bay from the summit of the conical hill (Foel y Mwnt) that rises above the sandy sheltered beach and seen on the right here. This is a special place and a great location for some of the best sunsets you will see. More images can be seen in the Wales galleries.

I hope in this short article that I have provided a glimpse of some of the amazing locations that the National Trust look after “For everyone, forever” so if you are not already a member why not join in this 125th celebratory year and enjoy visiting some of the special places.