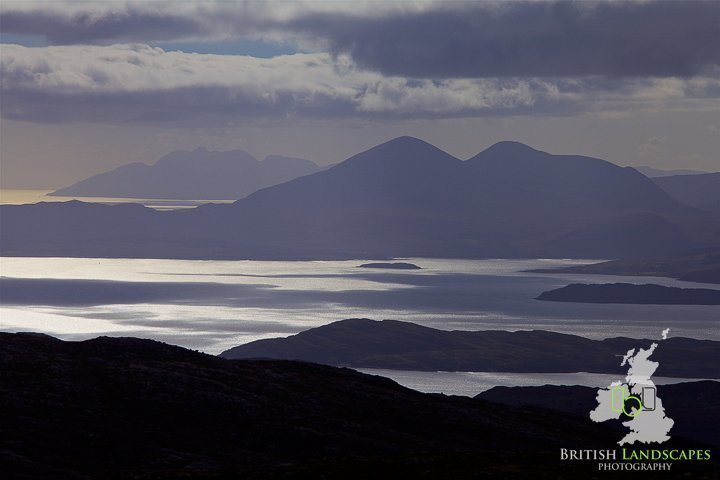 This year instead of posting a review of the year I have decided to go one step further and have 10 from 10 – Best of the Decade. What I didn’t realise was how difficult that would be until I started the task. So many to choose from and I even had to discount some that I particularly liked as they were from the 2000s

Anyway, after a lot of deliberation and continually changing my mind, I managed to cut it down to ten. Although I have titled this “Best” of the Decade having gone through the exercise I have concluded that it is all very subjective and what I think is the best may not be others best. Also, I tended to lean towards “Favourites” which hopefully will also be the “Best”

In chronological order, the first one is from a trip to the Isles of Mull and Iona in September 2010 captured at Uisken a settlement on a sandy bay on the Ross of Mull.

Can you believe it first up and I have realised that I didn’t even include this in my #AroundtheUKin365Photos project !!

Next from April 2011 is one from the Lake District National Park high up on the fells captured after a rather strenuous climb. A view of Fairfield, St Sunday Crag and Helvellyn from Satura Crag which is situated alongside Angle Tarn Pikes in the North-Eastern part of the Lakes

Still in 2011 and my one and an only short visit to the Brecon Beacons National Park. From “Waterfall Country” this is the famous “Sgwd Gwadalus” or “Lady Falls,” which is in a tributary stream of the Neath River and are formed where the Afon Pyrddin drops 20 ft over a lip of the “Twelve Foot Sandstone.” I remember this moment so well having to climb down a rather wet and slippy grass bank and rocks to get to the same level as the falls.

Moving on now to August 2012 and a quick afternoon trip to the Peak District National Park at the Roaches. Never seen such a perfect feather cloud and not seen one as good since. These delicate strokes of high altitude ice crystals are part of the cirrus family of clouds also known as mare’s tails or feather clouds. Seeing feathers in clouds suggests that its time to have faith and trust in yourself and your abilities. It is time to tackle and overcome personal obstacles.

Still in 2012 and in September my only trip to the North Your Moors National Park. Another case of being in the right place at the right time. Driving across Spaunton Moor with a storm approaching in the distance I noticed a rainbow suddenly appear so sudden braking and a mad dash to the cross before the rainbows disappeared.

We now jump to October 2014 and a trip to our largest National Park – Cairngorms. At the southern end of Loch an Eilein is the linking waters to Loch Gamhna. This ‘Loch of the Stirks (young cattle)’ was used centuries ago by cattle raiders as an access route to Strathspey. Walking along a rather wet and slippery path my eye was drawn towards a Scots Pine’s exposed and distinctive root system and beyond an amazing view across the loch which could be framed by the inclusion the trees.

Now we have two images from the same trip in May 2015 to the Cornwall Area of Outstanding Natural Beauty. First up is Bedruthan Steps a truly spectacular landscape on the north Cornish coastline. The cliffs at Bedruthan have been systematically eroded over the years, leaving a series of impressive volcanic rock stacks. These pillars of detached cliff rise majestically from Bedruthan Beach, forming a series of columns that stretch across the bay from Pendarves Island to Diggory’s Island. This image was featured for June in the 2018 National Trails Calendar.

Whilst in Cornwall I also visited the famous beauty spot of Golitha Falls on the southern edge of Bodmin Moor An area of woodland occupying a steep-sided valley gorge, with the River Fowey flowing through it in a series of spectacular cascades. Arriving mid-afternoon I was surprised to find that I had virtually the whole place to myself so plenty of time to pick the right spot for the shot.

Although I have visited most areas of Scotland before in 2016 I was drawn to driving the recently launched initiative of the North Coast 500 – a 500-mile road trip around the north of Scotland starting and finishing in Inverness. One of the highlights is one of Scotland’s most famous roads. The hairpin bends and breathtaking heights of the Bealach na Bà make it an unforgettable road to drive, and when you get to the top – at a height of 2,053 ft – you’re rewarded with this jaw-dropping view of the Cuillin Ridge on the Isle of Skye. Whilst I have driven this road a couple of times before the conditions have never been as perfect as they were on that day.

2017 and 2018 were fairly bleak years for my photography so for the final image we are right up to date with my 3000 miles 2019 trip to the island of Ireland which included driving and photographing the Causeway Coastal Route in Northern Ireland and Ireland’s Wild Atlantic Way. Too many to choose from but decided to go with my image of the Magical Mourne Mountains the highest and most dramatic mountain range in Northern Ireland. Seen here from the shingle beach and four-mile strand at Murlough The long sand flats mean the wave energy is dissipated and sand is gently pushed up into long lines.

So there we are that’s my Ten from Ten – Best of the Decade and I hope you approve. Very difficult decisions had to be made excluding many that I would have liked to include. I would be very interested to know your thoughts especially if you feel others should have been included. Please post your comments below.

As a thank you for those that do comment your name will be included in a draw to take place on the 1st February 2019 with the winner being able to pick completely free of charge a 12 in by 8 in OR 18 in by 12 in print of their choice from the Ten from Ten.

For anyone interested in either the Sgwd Gwadalus, Feather Cloud or Ana Cross prints I do have alternative formats of either vertical or landscape available.

For those of you who do not take part if there are any of these images that you would like a print of then clicking on each will take you to the appropriate page where you can select and purchase type and size of print you require.

Many thanks for taking a look back at just some of my work over the last ten years and I am now planning the 2020 trips and beyond where I hope I will be able to capture and share with you many more images of locations around the British Isles.