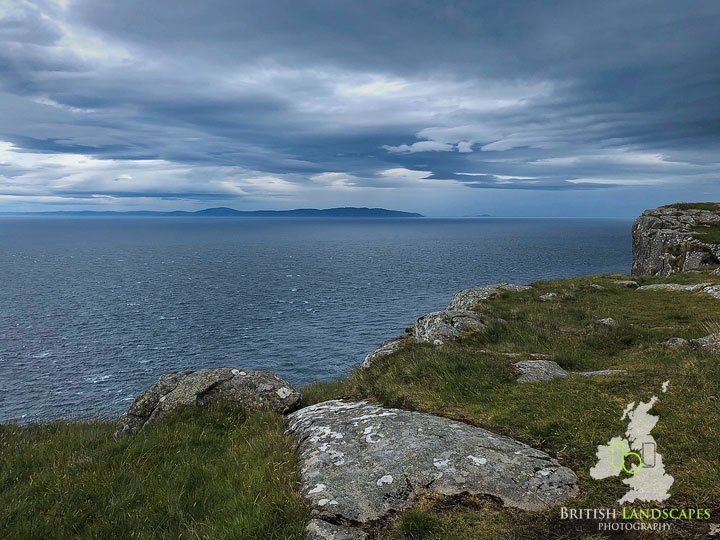 Following my visit to the Magical Mourne Mountains, I subsequently managed to circumnavigate Belfast to gain access to the Causeway Coastal Route – 120 miles of stunning coastline and mountain scenery from Belfast Lough to Lough Foyle and home to The Giant’s Causeway World Heritage Site together with many other attractions and places of interest. The route also passes through the Antrim Coast and Glens and the Causeway Coast Areas of Outstanding Natural Beauty.

As the first stage of my photography road trip, I was fortunate with the weather even though it was cloudier later in the day. My first stop was to visit Glenariff Forest Park. Glenariff – “Queen of the Glens” – is considered to be the most beautiful of the nine Antrim Glens.

Within its tranquil surroundings, there is a unique Waterfall Walkway which includes three waterfalls. Opened 80 years ago its three-mile length passes through a National Nature Reserve. Be warned though that whilst getting to the waterfalls is mainly downhill you do have to climb back up to the car park.

Having thoroughly enjoyed the Waterfall Walkway and survived the walk back to the car park it was time to move on heading into “Game of Thrones” territory – not that I have ever watched it – yet !! This area of Northern Ireland is becoming extremely popular as a filming location as I witnessed when passing by large areas of land which had been invaded by film crew vehicles and their equipment. On my way, I took a small detour to try to see the Vanishing Lake or Loughareema to give it its real name. I had been warned that when I get there it may be gone. But it will come back. Well true to its name it had vanished and all I could see was a great big hole but there were clear signs of it being also a lake but certainly, on that day it is not worth sharing a photo of the location.

I next briefly visited Murlough Bay a famous “Game of Thrones” location of “Slavers Bay and Really’s Camp ” whilst passing an area already secured off ready for the arrival of more film crews and vehicles.

Time and the changing weather made the decision not to walk down into the bay so I moved on to drive the Torr Head Loop and took a walk around Fair Head. Very exposed and barren which was a complete contrast to the green and fertile, generously contoured and wooded Murlough Bay. Maybe I should have taken that walk down to the Bay after all; although the views certainly made up for it. The view from the top of the headland is spectacular – all across to the Mull of Kintyre. This is the shortest distance between Northern Ireland and Scotland.

After losing the path and following an alternative rather tortuous route I eventually arrived back at my camper van and moved on to Bushmills my base for the next two nights.

Why not join me next time for what hopefully will be a brighter day when I continue my journey along the Causeway Coast including a visit to the Giants Causeway World Heritage Site.