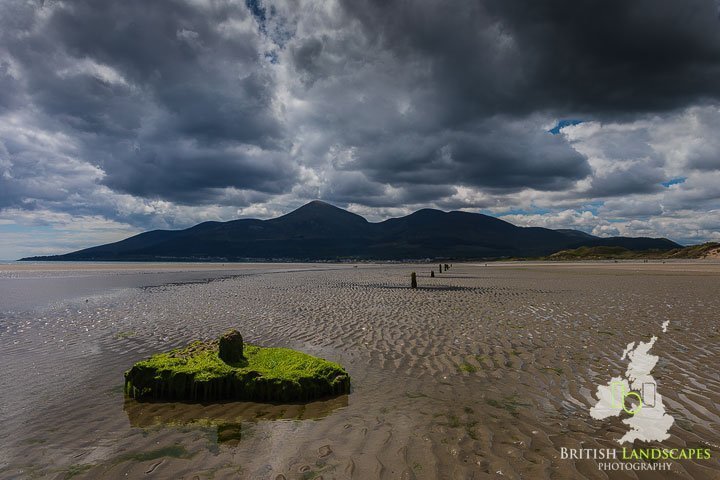 To revisit the island of Ireland after a 20-year break had been on my photo road trip list for a few years and for one reason or another I had not managed to make it – until now.  Despite having visited the Republic several times I had never been to Northern Ireland so on this trip I was intended to put this right.

Even though my first overnight stop would be in Northern Ireland near Rostrevor the quickest way to get there was by travelling on the High-Speed Ferry from Holyhead to Dublin Port and then driving for an hour or so mainly on motorways up to Rostrevor.

I arrived at my overnight location mid-afternoon and with the weather looking fair I decided to head out into the Mourne Mountains to make myself familiar with the various locations I had on my list to photograph the following day.  One such location was the Silent Valley which I arrived at late afternoon expecting access to the area to be either closed or about to close but to my surprise I was advised that the valley area would be open until 9:00 pm.  This meant that I could complete part of what I intended to do tomorrow earlier than planned.

Having taken a quick look around the areas close to the car park a spur of the moment decision led me to start the six-mile return walk to the Ben Crom Dam but before doing that I took the opportunity to capture this view from the Silent Valley Dam looking in the direction I was heading on the walk.

The route to the Ben Crom dam and reservoir follows a linear route along a tarmac road on the edge of the water on the right-hand side of the above photo. There was a headwind as I walked along past the Binnian Tunnel which was built to carry water from the Annalong River to Silent Valley. Needing to make sure that I could get back to the car park before the gates closed I had about an hour of fast walking to reach the base of the dam. I rested a while before climbing the 260 steps to the top of the dam where you can catch a glimpse of the Brandy Pad and Slieve Donard.

It was a less strenuous walk back to the car park after the exertions of the outward walk and climbing to reach the top of the dam. Then it was back to my base for the night and to plan for the next day.

The following day I made my way along the coast passing through Kilkeel and Annalong before reaching Newcastle. I drove around the central area at least two or three times trying to find the right route to get myself a good viewpoint of the Mourne Mountains. Eventually, I found the Murlough National Nature Reserve car park. The dune system at Murlough is estimated at being up to 6000 years old and are the best and most extensive examples of dune heath within Ireland. Despite losing my way in the dunes I eventually arrived on the beach where I found the viewpoint I had been looking for.

I spent the afternoon making the most of this magnificent view before travelling on to my next overnight stop close to Strangford Lough.

Knowing I had to find my way around Belfast the next morning I was off early to travel up north for my two nights stay at Bushmills on the Antrim Coast. I caught the ferry from Strangford to Portaferry and drove up the coast of the Ards Peninsula, a stunning strip of rugged terrain which includes Burr Point the most easterly point on the Ireland mainland before following the Causeway Coastal Route to my destination.

My time in the Mournes had been very short due to my overall plans for this trip and they certainly deserved longer although at least I got a feel of the place and managed to photograph some of the locations I had planned. More photos can be seen in the County Down gallery

Join me next time as I follow the Causeway Coastal Route.