The Matterhorn of Cheshire 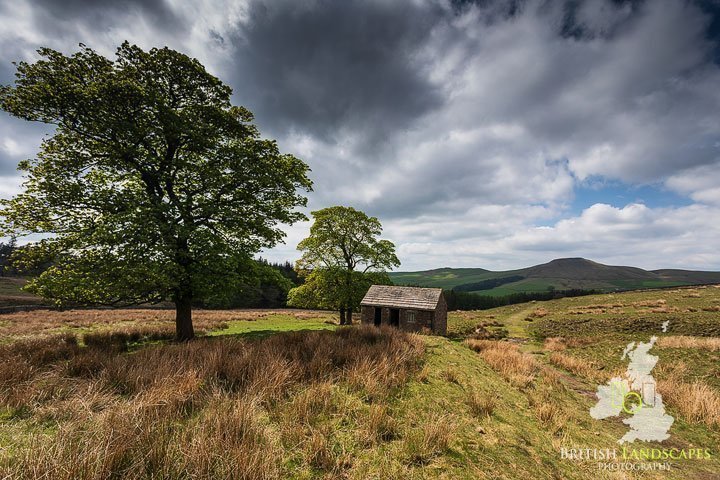 April’s Peak District trip included the longest walk yet although that was not my original intention when I was looking for a destination.  Even so, it proved to be very enjoyable if somewhat tiring. The original objective of the walk was to reach the summit of Shutlingsloe otherwise known as The Matterhorn of Cheshire but whilst planning the walk I managed to include another location which I had been intending visiting for some time, but more of that later.

Starting out from Trentabank the first section climbs up through the remnants of the extensive Royal Forest of Macclesfield.  This soon gives way to open moorland and what a contrast with stunning views of the summit of Shutlingsloe in the distance with the final sectioning a paved path to the top. When seen from the north or south, it rises to a striking pyramid shape and towers over the surrounding landscape.  Hence its resemblance to the actual Matterhorn.

Standing at 1660 feet, it guards the western edge of the Peak District and provides spectacular views over the deep valley of Wildboarclough; (said to be the last place in England where a wild boar was killed), the moors of Axe Edge and Shining Tor and the Cheshire plains, which allows the eye to rove all the way to the Clwydian Hills in North Wales but unfortunately on this day that was not possible.  Some may be surprised to learn that these south-western Peakland hills are part of the Pennines, that 130-mile crumple of hills stretching all the way to the Tyne Gap which is often described as the backbone of England.

Objective one achieved fairly easily and with such magnificent views, it was time for a quick lunch break.  You know the saying “what goes up must come down” well that is certainly the case on this route has I start the first of many descending steeply on slippery slopes, farm track and road into the village of Wildboarclough.  Yes, you have guessed correctly as I almost immediately have to climb back up but this time mainly on a narrow road until eventually climbing even higher through grass moorland with a footbridge crossing a small marsh to the main road all the time following a sign for Three Shire Heads which is the other location I alluded to earlier which was a bonus on this outing.

The next section crosses reasonably level moorland until reaching a rough stone track which falls steeply round Cut-Thorn Hill into the valley eventually reaching the waterfalls at Three Shire Heads. From what I have said before I am sure you know what will come next but before that, I take time to enjoy the near silence except for the running water.  No one else around so there is plenty of opportunities to take my time to hopefully capture the shot that I want. If this had been a summer’s afternoon there would be people all over the rocks sunbathing and splashing in the pools of water.

Known as Three Shire Heads because of the convergence of the three shires of Derbyshire, Staffordshire and Cheshire.  In the 19th century counterfeiters, highwaymen and other ne’er-do-wells used this area as a base to evade capture as the police could only act within their own county limits. The two packhorse bridges probably date from Medieval times when packhorse ponies with pannier bags were used to transport goods, especially salt from Cheshire over the moors.  Below the bridges is Panniers Pool, into which one of the falls tumble.

From here I take a path – you guessed it, yes uphill following a stream crossing over a small bridge until almost reaching the disused quarries at Reeve-Edge where I take a further steep climb up to the main road.  After crossing the road it’s a fairly level pathway following Danebower Hollow until I reach a grass track which descends into Cumberland Brook where you have to cross the brook and its tributaries. This was quite wet and slippy so extra care was needed, as was the next section which took me past Cumberland Plantation and the disused Cumberland Cottage eventually leading down to a road from where there was a further section of up and down road back through Macclesfield Forest to my starting point at Trentabank.

Ten and half miles in just over five hours with a total ascent and descent of 2500 feet with the highest point being 1705 feet. A challenging walk but one I can certainly recommend especially if you manage to get the whole route virtually to yourself like I did.

I look forward to you following my next Peak District adventure.