Lighthouses around the British Coast – Part 2 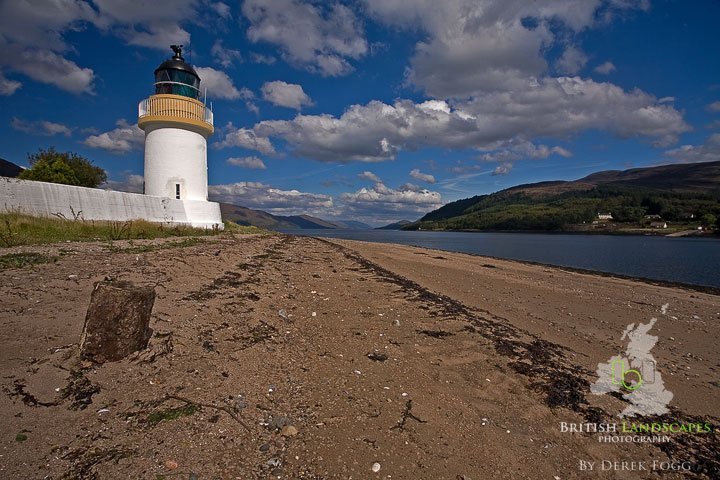 As part of my British landscapes series of articles some while ago I took a look at some of the Lighthouses around the British Coast and now it’s time to see more lighthouses that I have visited on my trips around the British Isles On this occasion I visit two on the “Royal Island” – Anglesey, one each in South Devon and the Isle of Wight and one in the Scottish Highlands.  I’ll start off on the Isle of Anglesey and its most famous lighthouse South Stack.  Situated near the north-west tip of Wales, the tiny islet known as South Stack Rock lies separated from Holyhead Island by 30 metres of the turbulent sea, surging to and fro in continuous motion.  The coastline from the breakwater and around the southwestern shore is made of large granite cliffs rising sheer from the sea to 60 metres.  The South Stack Lighthouse has warned passing ships of the treacherous rocks below since its completion in 1809.  The sleeve for the Roxy Music album ‘Siren’ featuring Jerry Hall was shot on the rocks below South Stack during the summer of 1975.

Next an image from my trip to the Isle of Wight and the Needles lighthouse.  Set in the western approaches to the Isle of Wight, the Needles form a narrow chalky peninsula which rises from jagged rocks to 120m cliffs.  These rocks have always been a hazard to ships making their way up the Solent to Portsmouth and Southampton Water.  A helipad was built on top of the Needles Lighthouse in 1987.
The second lighthouse in England is again on the south coast in Devon at Start Point.  Start Point is one of the most exposed peninsulas on the English Coast, running sharply almost a mile into the sea on the South side of Start Bay near Dartmouth.  The lighthouse, sited at the very end of the headland, has guided vessels in passage along the English Channel for over 150 years.  The name “Start” derives from an Anglo-Saxon word steort, meaning a tail.  This root also appears in the names of birds with distinctive tails, like the redstart.
Next, I’m back in Wales on Anglesey at Ynys Llanddwyn, Llanddwyn Island – a magical place, situated near the southern entrance to the Menai Strait.  Its rolling dunes, large rock outcrops and a mixture of historic buildings make it an ideal place for an afternoon of exploration.  Llanddwyn is not quite an island.  It remains attached to the mainland at all but the highest tides and provides excellent views of Snowdonia and the Llyn Peninsula.  The name Llanddwyn means “The church of St. Dwynwen”.  She is the Welsh patron saint of lovers, making her the Welsh equivalent of St. Valentine.  Because of its location, it became important as the shipping of slate from the nearby ports increased.  A beacon, called Tŵr Bach, was built at the tip of the island to provide guidance to ships heading for the Strait.  Another more effective lighthouse, Tŵr Mawr, which was modelled on the windmills of Anglesey, was built nearby in 1845.  The older lighthouse has now returned to service after a modern light was placed on top.  In 2009, a scene for the Hollywood blockbuster “Clash of the Titans” was filmed at Llanddwyn.
And finally, I visit the Highlands of Scotland.  South of Fort William is the Corran Narrows, which is a point in Loch Linnhe in which the space between each opposite shore narrows significantly, thus restricting the passage of larger shipping in the channel.  The lighthouse on Corran Point was built in 1860 to help vessels navigate the Corran Narrows.