Lighthouses around the British Coast 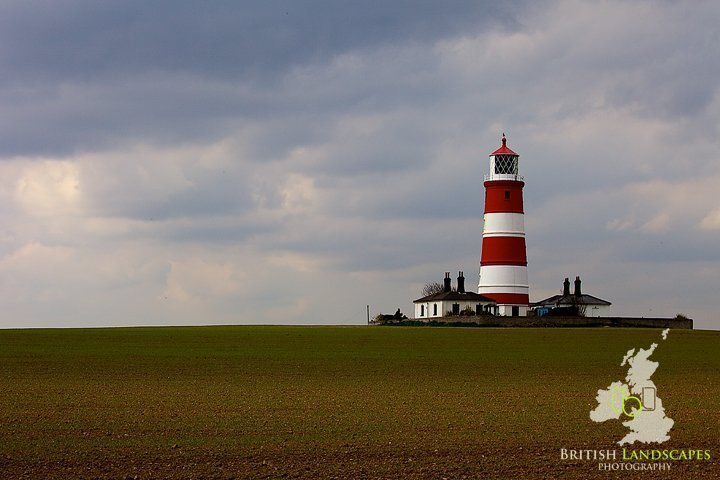 It’s time to take another whistle-stop tour of the many varying aspects of the British landscape.
During my travels around the British Isles, I am nearly always guaranteed I will find a lighthouse often sighted in spectacular locations.  With over a hundred working lighthouses around the mainland including some that are not very accessible there are many I have not yet even seen, never mind photographed, but I am certain there will be plenty more opportunities on my travels.
This time I share just five with you including three in Scotland and two in England.  We’ll start off on the west coast of Scotland and one of my favourite locations of Wester Ross.
Rubha Reidh meaning Smooth Point in Gaelic is a prominent headland jutting into The Minch about halfway between Stoer Head and the Isle of Skye.  It was opened in 1912 and cost almost £15000 to build and until a road was built in 1962 was only accessible by sea.  In 1944, an American Liberty Ship the “William H Welch” missed the entrance to Loch Ewe and went ashore at Black Bay during a severe storm.  Two lightkeepers were actively involved in the rescue of 15 survivors out of a complement of 74.  Automated in 1986, the station is now operated as a holiday let.
Our next lighthouse is in England, in fact, Norfolk and is positioned on one of our most threaten coastlines at Happisburgh.  The oldest working light in EastAnglia, built-in 1790, originally one of a pair – the tower is 85ft tall and the lantern is 134ft above sea level.  Saved as a working light by the local community, it is maintained and operated entirely by voluntary contributions and is the only independently operated lighthouse in the UK.
Back to Scotland now and a visit to the “Queen of the Hebrides” – the Isle of Islay.  A dramatic lighthouse on Carraig Fhada headland on the south coast of the island, the Port Ellen lighthouse (also known as the Carraig Fhada Lighthouse) lies opposite Port Ellen, marking the western approach to the harbour there.  It comprises an unusual square masonry tower, 57 feet in height. It has no lantern; rather light is displayed from a stumpy mast surmounting the tower.  The lighthouse was built in 1832 by the Laird of Islay, Walter Frederick Campbell, in memory of his first wife, Lady Eleanor Charteris, who had died aged only 36 in September of that year.
Back now to England and Kent and the mysterious and haunting Dungeness.  Dungeness is at the end of a mile and a half shingle promontory, between New Romney, Lydd and Camber on Romney Marsh.  The Dungeness Estate is privately owned, and whoever originally decided to purchase it was obviously a genius, as it has to be one of the best investments ever.  Each year more and more shingle is deposited on the shore, so Dungeness, unlike a great deal of the rest of the coast, is actually getting bigger.
At first, only a beacon was used to give a warning to sailors, but this gave way to a proper lighthouse during the reign of James I in 1615.  As the sea retreated, this had to be replaced in 1635 by a new lighthouse nearer to the water’s edge.  As more shingle was thrown up, a new and more up-to-date lighthouse was built near the sea in 1792.  In the background is lighthouse number four commissioned in 1901; then in 1961 its modern successor, the black and white lighthouse number five, was commissioned and the 1901 Old Lighthouse became a tourist attraction.  Its 169 steps give visitors a bird’s eye view of the shingle beach.
Back to Scotland for our final location, Pladda which lies off the south-east coast of Arran in the Firth of Clyde.  The island is a small, flat, teardrop-shaped island, less than a mile along its length and rising to just 89 ft above sea level.  Unusually for such a small island, it has its own source of freshwater.
Pladda Lighthouse dates from 1790 and was the first light on the Clyde to be commissioned by the Commissioners of the Northern Lights.  The lighthouse was automated in 1990.  Pladda and its lighthouse feature extensively in Peter Hill’s book Stargazing: Memoirs of a Young Lighthouse Keeper.  Pladda shares its name with Pladda Island a tiny islet situated in the Lynn of Lorn between Lismore and Ardmucknish Bay.

Well, that’s the end of a brief look at some of the lighthouses that perform a vital role in the safety of mariners in all weathers. If you want to see more take a look at Part 2