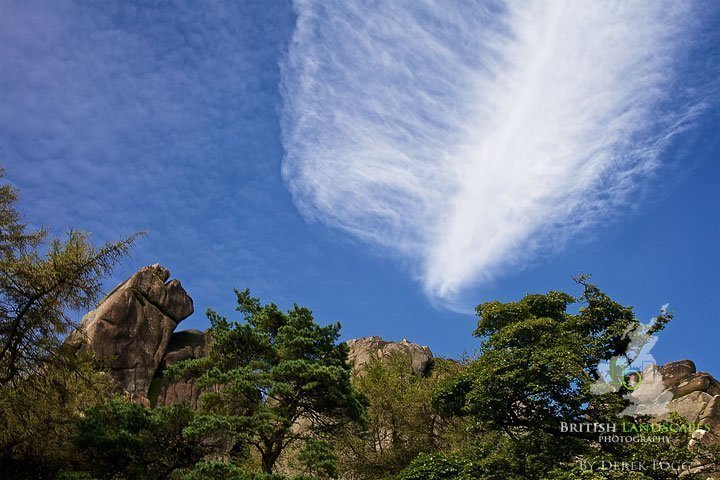 Although disputed by the Peak District National Park Authority, with an estimated 22 million visitors per year it is thought to be the second most-visited national park in the world, after the Mount Fuji in Japan.  The authority estimate around 10 million people visit annually, a substantial difference between the two estimates and part of the reason why I have avoided the area, preferring the less visited areas of the country for my photographic journey.  Living within a fairly short distance of the Peak District all my life, driven through it on many occasions and even hiked there when I was a teenager it was only recently that I made my first photo trip to the park and then only by chance.

Due to the poor weather so far this summer my longer photo trips have been postponed and as there was a reasonable afternoon in prospect I decided to take my camper van for a drive out and headed south towards Leek with the intention of then heading over to Buxton before returning home.  The advice is never to leave home without your camera and so with gear on board I was soon beyond Leek and before me was The Roaches, with Hen Cloud, Five Clouds and Ramshaw Rocks, forming the gritstone escarpment which marks the southwestern edge of the Peak.  They stand like a line of silent sentinels guarding the entrance to the Peak District, worn into fantastic shapes by the elements.  This view was my inspiration so I decided to head over to the base of the Roaches to take my first steps on this section of my photography journey around the British Isles.  Having parked the camper I immediately headed towards the base of the Roaches and spotted in the distance a lone tree and thought that it would make a good subject for my first image having waited patiently around for the better light of late afternoon to develop.

Shortly after and on the descent from the Roaches I headed over towards the outer wall of Rock Hall Cottage, once the domain of the gamekeepers of the Swythamley estate and now used by the British Mountaineering Council.  Whilst looking for other opportunities I happen to notice an unusual cloud formation in the sky.  My first thoughts were that it had been created by the vapour trail of a passing aircraft but the more I looked the more I was convinced that it was a cloud the likes of which I had not seen before.

Quickly composing the best point of view I managed to capture the image above and later to find that this is a feather cloud.  These delicate strokes of high altitude ice crystals are part of the cirrus family of clouds also known as mare’s tails.  Seeing feathers in clouds suggests that its time to have faith and trust in yourself and your own abilities.  It is time to tackle and overcome personal obstacles.

So my first photographic steps in the Peak District were successful especially capturing the cloud formation and maybe it was a sign for me to put aside my reason for not visiting the area more often and to return to capture more images of my local National Park.